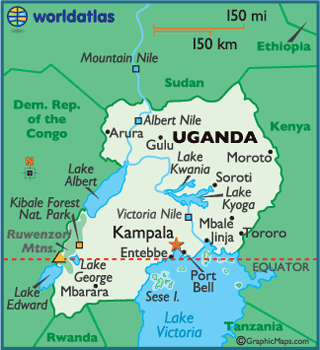 High Court Ruling Lays the Groundwork for a Ban

Uganda has been waging war against plastic bags since 2002. At that time, a lawsuit was filed by the group Greenwatch. The suit claimed that the use of plastic for disposable bags, containers, and food wrappers violated the right of Uganda’s citizens to a clean and healthy environment.  In June 2007, the government banned importing, using, and distributing polythene bags less than 30 microns thick. Still, Parliament never passed a law implementing the ban, and plastic bag manufacturers found a loophole and continued producing and distributing plastic bags. Plastic bag manufacturers circumvented this ban by making bags that were 30 or 31 microns thick. The manufacturers thought they were being clever, but they were perpetuating the use of plastic bags and all of the harm these bags cause as opposed to reusable bags.

The Plastic Blight is Everywhere

Discarded plastic bags are easily carried off by the wind only to be deposited in plants or drainage systems where they are an eyesore and a nuisance. Blocked drainage systems can cause flooding and wreak havoc. Clearing the blocked drains and repairing the resulting damage takes time and money to spend better on other endeavors. Uganda is fortunate to have very fertile soil. Still, as layers of castoff plastic bags are ground into the dirt, the soil quality is brought down, and the ramifications can be tremendous. The livelihoods of farmers and their workers are compromised if crops cannot grow due to poor soil quality, and the people who depend on this food source are also put into a difficult position. The extreme amount of plastic bag litter can ruin people’s way of life and the environment.

A Future without Plastic Bags 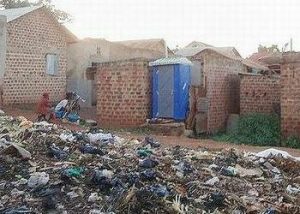 Judge Eldad Mwangusya, who ruled on the Greenwatch case, wrote, “whoever is involved in the process of enacting a law towards the protection of the environment should do so as a matter of urgency because the damage is likely to be extremely costly.” Greenwatch leads the charge to ban the manufacture, use, distribution, and sale of plastic bags and plastic containers less than 100 microns thick. Part of the court order sought by the nonprofit included an order for the government to create regulations for the proper use, recycling, and re-use of all other plastics. Greenwatch would also like to see the organizations that manufacture and import plastic bags foot the bill for cleaning up the mess and restoring the environment to the state it was in before plastic bags became the nuisance they are today.

This ruling in favor of banning plastic bags is a huge step in the right direction. The Ugandan Parliament still needs to pass a law that would implement a ban. Still, there have been signs of support, and there is reason to believe that the people of Uganda will be enjoying a clean and healthy landscape free from plastic litter shortly.

To read more about Uganda’s struggle with plastic bags, check out http://ens-newswire.com/2012/11/12/uganda-high-court-rules-in-favor-of-plastic-bag-ban/.