fficials in California confirmed what was long suspected and put the state’s SB270 single-use plastic bag ban on hold. A trade group was able to gather the signatures needed to get the ban on the November 8, 2016 ballot as a veto referendum.

At this time the future of the bag ban in California is unknown but the CEO of our parent company SBS Brands, Bill English had this to say, “‎I’m betting this will just delay things a year.”

So What Got Us to This Point in the California Bag Ban?

Last September Gov. Jerry Brown signed the California bag ban proposal SB270 (2014) into law. The plan was to start phasing in the ban at large grocery stores starting in July 2015. The ban would roll out to convenience stores and pharmacies in 2016. In addition to prohibiting single-use plastic bags the bill also levies a 10-cent fee on paper bags.

Environmental concerns were a major motive in passing SB270. With a significant amount of coastline the devastating harm disposable plastic bags cause on marine animals and their habitats is something many California residents have experienced firsthand. Over 100 cities and counties in California have passed their own single-use plastic bags bans for this reason. The state-wide ban would not have overridden any of these existing bans. However, now that the California state wide bag ban is on hold, municipalities are free to pursue disposable plastic bag bans should they wish to do so. 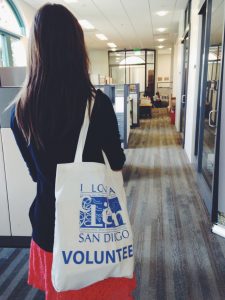 Opposition to the Ban

The trade group American Progressive Bag Alliance was able to round up more than the 505,000 signatures needed to put the bill to a public vote. The next state-wide election will be on November 8, 2016 and SB270 is on the ballot as veto referendum so this ban is in a holding pattern until the public makes a decision then.

Those opposed to the ban cited loss of manufacturing jobs as their reason against the measure; however, the bill includes $2 million in loans for disposable plastic bag manufacturers to convert their production facilities to produce more durable, reusable shopping bags.

It is slightly disappointing to see the state-wide ban temporarily on hold. Given how many cities in California have bans in place or are working to put their own bans in place it is very likely the measure will pass when it comes to a vote, until that time we’ll continue to keep you updated on any developments.