Last week we told you about the race between California and Massachusetts to be the first state to officially ban single use, plastic bags and this week we report on what could possibly become a new entry into the race – Rhode Island.

Last October the Barrington Rhode Island Town Council voted to ban plastic bags in retail stores, farmer’s markets, flea markets and restaurants. The law went into effect in January 2013 and prohibits establishments impacted by the ban from handing out disposable plastic bags, as well as mandating that these businesses must provide paper or reusable bags for a fee. Shoppers can avoid paying the fee by bringing their own reusable grocery bags, or if making a small purchase opting to carry their items without a bag. As is to be expected there has been mixed feelings amongst the residents of Barrington regarding the ban, but overall people support the plastic bag ban and are adapting to it.

Several environmental and marine life advocate groups have been watching Barrington with great interest and they have proposed the introduction of a plastic bag ban like Barrington’s for the entire state of Rhode Island.

Based on the size of Rhode Island, most of the state’s residents live near the coast and this proximity to the ocean really drives support for measures that clean up oceans and waterways. An Audubon Society study from 2007 found about 7,000 plastic bags floating around Rhode Island shorelines that year. If just one city eliminates disposable plastic bags that can have a huge impact on the amount of trash that pollutes the ocean, and if an entire state bans these plastic nuisances the ramifications will be huge.

Channing Jones of Environment Rhode Island points out, “When plastic bags enter the marine environment, they pose a direct threat to wildlife that can get entangled in them and choke on them. They will never biodegrade.”

Once plastic bags are cast off as litter, they will continue to pose a risk until they are cleaned up. However, based on the size of the problem, cleaning up all of the litter is easier said than done. Banning plastic bags prevents the litter problem from expanding so our oceans will not continue to be filled with trash further infiltrating our food chain with plastic.

More than the Environment at Stake 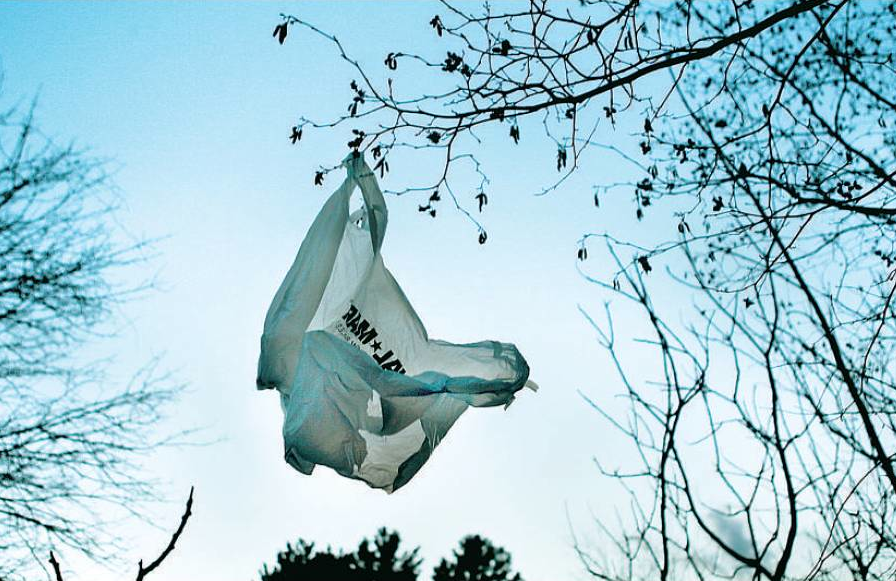 More than the Environment at Stake

The impact on the environment, our food chain, and wildlife are certainly very valid reasons to ban plastic bags, but there are other drawbacks to consider. Litter is an eyesore that can influence people’s perceptions of neighborhoods and make areas look rundown. Over time as litter accumulates and opinions solidify this can affect property values.

Eugenia Marks, the policy director for the Audubon Society of Rhode Island makes a good point when she explains, “It not only impacts wildlife, but these bags, because they float just under the surface of the water, can get sucked into boat manifolds, and disable boats, or they can get wrapped around propellers.”

The damage plastic bags are capable of causing to boats can come with a hefty repair bill. Eradicating plastic bags in turn eliminates the harm and damage they can cause on animals, their habitats, communities, machinery and more.

Several plastic bag ban supporters spoke before the House Committee on Environmental and Nature Resources at the State House recently. The notion of a statewide plastic bag ban for Rhode Island is still in its infancy, and while there is a lot of support from environmental and marine groups and the state government is receptive to the conversation, at this time no politicians have stepped forward and offered to sponsor a bill to ban plastic bags.

So we ask the question, who is willing to step forward and follow in the footsteps of California and Massachusetts in an effort to enact a statewide single use, plastic bag ban?