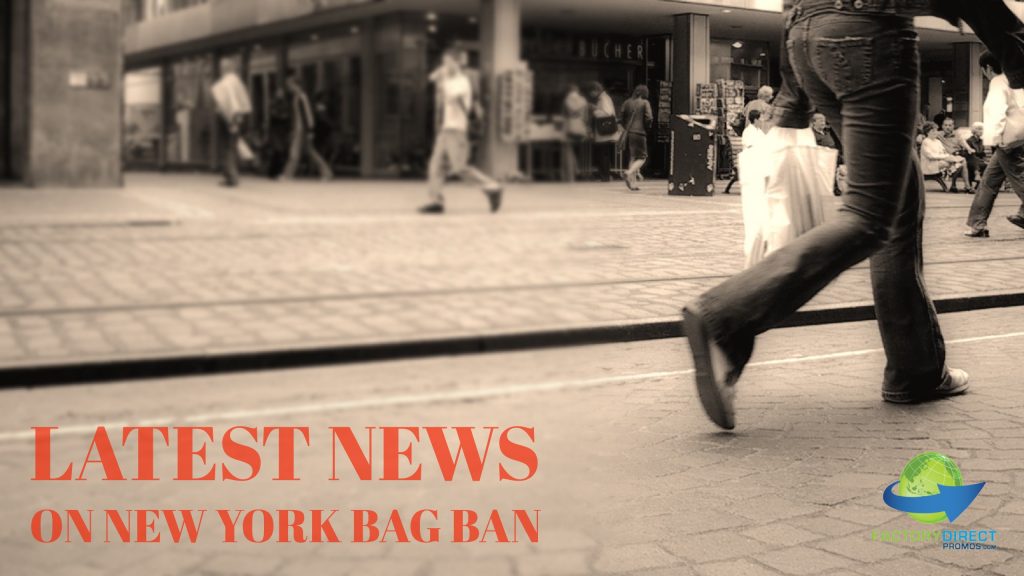 For 10 years now, New York has struggled with efforts to pass bag fees or even plastic bag bans. Every time it seems like a fee is inevitable, there is a setback that erases the previous plans. While efforts have stalled in New York City, cities and counties throughout the rest of New York state have successfully passed plastic bag bans and fees.

Efforts to Reduce Plastic Bag Use in the Big Apple

Going back to 2008, then Mayor Michael Bloomberg attempted to pass a tax on single-use plastic bags. The tax failed to pass, so instead, efforts were made to increase recycling of disposable plastic bags.

In 2013, shortly before leaving office, Bloomberg backed a new proposal that would impose a 10-cent fee on both single-use plastic and paper bags. This measure also failed to pass. When Mayor Bill de Blasio took office, he also took up efforts to reduce the use of single-use plastic bags.

In the spring of 2016 the city council passed a 5-cent fee on disposable plastic bags in a 28-20 vote. The measure was scheduled to become effective on October 1, 2016, and the start date was later pushed back to February 15, 2017.

Gov. Cuomo argued that plastic bag bans or fees should be imposed at the state level, in order to prevent a patchwork of similar, but ultimately different, laws being passed in neighboring cities, towns and counties. The governor assembled a task force to review the issue and come up with a solution. The prevailing thought was that the task force would make a recommendation and that would be the course of action pursued by the governor.

The task force confirmed that single-use plastic bags are responsible for environmental harm; however, they failed to make a recommendation on how to address this harm. Without guidance from the task force Gov. Cuomo has dropped the matter. In February of 2018, two New York City lawmakers proposed a statewide plastic bag ban and a fee on paper bags.

Taking Action in the Empire State

With so much effort being made and dedication to this cause, it is likely a statewide measure, whether a ban or a fee, will be passed in New York sometime soon. In the meantime, cities and counties throughout the entire state will continue to take action on a local level. Your brand can have a positive impact on your marketing and the planet by marketing with custom reusable bags. Fill out a product quote request or contact Factory Direct Promos today.