What are the Pros and Cons of Banning Plastic Bags? 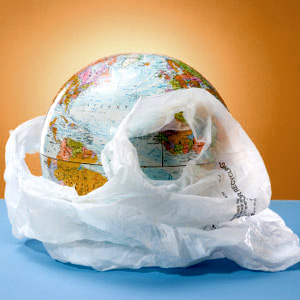 The Two Sides to the Plastic Bag Ban Debate

There are two sides to every argument right? Yet when you stack the advantages of implementing a plastic bag ban against the disadvantages, one thing becomes clear – there really isn’t a good reason to oppose a ban of disposable plastic bags. The reality of plastic bags is that while they are in fact recyclable, only a small percentage finds their way into a recycling bin. Whereas using reusable bags made from polypropylene (pp) utilize post-industrial/pre-consumer recycled materials that get repeat use. But more on this later in our blog.

Most plastic bags end up in landfills or as litter and no matter how you tabulate the numbers, plastic bags do not safely break down and it costs money to pick up litter. People and groups against banning plastic bags attempt to diminish the harmful and damaging realities of these facts. Most of the reasons bandied about by those who contest plastic bag bans are not so much reasons, as they are counterarguments against valid realities to implementing a ban.

Find an embeddable Pro and Cons image below.

Let’s Get The Facts Straight!

Groups opposed to bag bans have argued that while litter does contribute to the death of thousands of marine animals each year, it is not fair to single out plastic bags as the cause. The “plastic bags aren’t only to blame” argument goes on to explain that lost or abandoned fishing gear is also responsible for the wrongful death of marine animals and a plastic bag ban does not address the entire problem. This “all or nothing” rationale is not only weak, it is short sighted.

Just because there is a wide variety of litter in our oceans does not mean we should sit by and not attempt to begin to fix the plastic problem. Solving parts of a problem—with products like eco-friendly reusable bags—ultimately serves to contribute to a greater solution.

Opposing groups have also claimed that cleaning up plastic bag litter is not that expensive and municipalities that claim a financial savings as a result of implementing a ban are not portraying the numbers accurately. To that, we say that no matter how much money is spent cleaning up litter, it is too much. When money is directed to cleaning up litter, that means there is less money to fix infrastructure and build communities.

Who Is Behind the Opposition to Plastic Bag Bans?

Want More of Both Sides Before You Get on Board to Ban the Bag?

If you are still undecided as to whether or not bag bans are a good choice for communities, our country and our world, read the article Should Cities Ban Plastic Bags which our CEO found intriguing and informative and wanted to share with our FDP community.  The article outlines an argument for banning plastic bags by Daniella Dimitrova Russo, co-founder and executive director of the Plastic Pollution Coalition and is immediately followed by an argument against banning disposable plastic bags by Todd Myers, environmental director at the Washington Policy Center.

We Want to Know What YOU Think!

We want to know which side of the plastic bag ban debate you fall on and why. Please let us know in the comments below or via social media! 85 thoughts on “What are the Pros and Cons of Banning Plastic Bags?”