Is Climate Change Affecting Your City? Find Out Here! 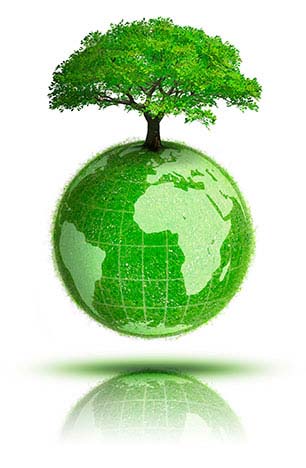 2015 was the hottest year on record. This is a distinction previously held by 2014, so this is possibly the beginning of a trend. Increased temperatures impact the planet as a whole, and can have some very far reaching ramifications.

To learn how your city measures up on climate change, check out this interactive chart. from the New York Times. To learn what may be causing climate change in your city, and the impacts of these changes, keep reading.

There are a couple factors at play here. An abnormally large El Niño weather pattern is releasing a staggering amount of heat from the Pacific Ocean into the atmosphere. However, scientists believe the bulk of the heat is coming from greenhouse gas emissions. Burning fossil fuels releases gases that are trapped within the Earth’s atmosphere. These gases warm the entire planet. More than 90 percent of the cities tracked in The New York Times’ chart experienced a warmer than average year in 2015.

What is the Impact of Climate Change?

From changing landscapes to stronger storms, there are a lot of ramifications of climate change. Higher temperatures and more drastic temperature fluctuations cause changes in vegetation. Plants that once thrived in an area may no longer be able to survive. These plants may shift and move towards cooler climates and more ideal growing conditions.

The ecosystem will move, too. The animals that eat those plants will have to follow their food source, and so on, as the higher level predators will follow their prey. In some areas human development, like cities and towns, may halt the migration of habitats. This is an even bigger problem for plants and animals that do not have the luxury of being mobile.

Farmers cannot move their fields and livestock if the conditions where they are become inhospitable. The food production industry can be greatly impacted, but other industries, like tourism can feel the pain. When ski towns don’t get the cold temperatures and snow or when beach communities are flooded under raising sea levels there can be huge economic loses. Higher sea levels and warmer water temperatures can also power more intense hurricanes and tropical storms. More powerful storms will cause more damage to coastal areas and further destroy habitats.

A Lot Is at Stake

Unseasonably warm weather may give you a reason to wear shorts and sandals sooner, but there is a lot at stake. There are changes being set into motion that may be irreversible. The way people live and survive may change; and it may not change for the better. How has climate change affected your city? Be sure to check out the interactive chart.