Latest News on Single Use Bag Bans in the United States 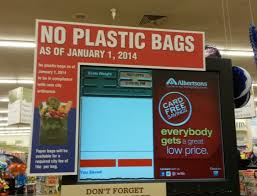 Last June a ban on single-use plastic bags was passed in Los Angeles. Starting January 1, 2014 single-use plastic bags were banned from stores that sell perishable foods and make at least $2 million in gross annual sales or occupy at least 10,000 square feet of retail space within the City of Los Angeles. The ordinance also levies a 10-cent fee on paper bags and will extend to smaller stores on July 1, 2014. Stores that do not comply with the ban will be fined to encourage participation. The ban does not cover stores that do not carry groceries, such as department stores.

A three-phase measure to reduce disposable plastic bag use by 80 percent over a 5 year period throughout Eau Claire, Wisconsin was unanimously voted down by the City Council. The plan was proposed in an effort to be proactive about protecting the environment from the negative impact of single-use plastic bags. The Eau Claire City Council will revisit the topic of banning single-use plastic bags again in February, but at this point in time there is no proposal on the table.

Oakley Down, But Not Out 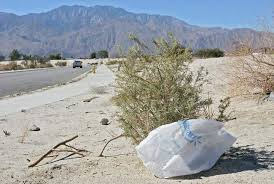 This past fall the Oakley, California City Council discussed banning disposable plastic bags and imposing a fee on paper bags, but ultimately the Council decided not to pursue the issue further. There is an ongoing discussion to implement a single-use bag ban throughout the region and if that measure were to pass, disposable plastic bags could be banned in Oakley in the future. With this in mind, the Council felt it was not necessary to implement their own ban at this time.

The Coachella Valley Association of Governments (CVAG) in California is fine-tuning a disposable plastic bag ban that would cover the entire Coachella Valley region. The ordinance was altered to include penalties for retailers who do not comply with the ban that start with written notification of violations and can lead to misdemeanor charges after numerous offenses. Once this measure makes it through the approval process with the CVAG it will need to go before the individual councils of the Coachella Valley cities for approval and implementation.

It is hoped that by this joint organization creating this measure it will appeal to and fit all of the cities in the region and if all of these cities adopt the ban there will be one continuous law across the region, which will be easier for retailers and shoppers. The CVAG meets again later this month, so for now this story is to be continued.

Keep It Up America!  Go Green!

We are really proud of the ban in Los Angeles because a lot of people worked very hard to get the single-use plastic bag ban passed and it is so nice to see this measure in place. We are optimistic that Eau Claire, Oakley and the Coachella Valley cities will continue to work on their respective proposals and before long single-use plastic bags will be banned in each location. We’ll keep you posted on these stories and in the meantime, check out our bag ban map. Do you know of any cities not on our map? If you do, let us know in the comments