Latest News on Bag Bans in the U.S. 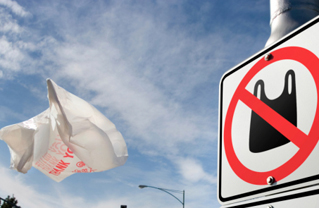 Here’s Your Latest News On Bag Bans in the U.S.

Saratoga Waiting for a Decision from the State

The City Council in Saratoga, California has discussed banning single-use plastic bags for many years now. The conversation first started around 2011 but as of now there is no law prohibiting disposable plastic bags in the City. Many of Saratoga’s neighbors, including Campbell, Cupertino, Los Altos and Sunnyvale have bans on the books that disallow single-use plastic bags and levy a fee of about 25-cents per paper bag.

While the disposable plastic bag ban topic is heating up again the Saratoga, the Council has decided to wait until California makes a decision regarding a state-wide ban. If such a ban were to pass Saratoga will abide by the state law, but if a state encompassing ban fails to pass the Saratoga City Council will pursue a disposable bag ban for their City.

When Sonoma County in California implemented a disposable plastic bag ban in March of 2014 there was one city that was noticeably absent from the coverage area of the ban, Santa Rosa. The City of Santa Rosa struggled with the county-wide ban and ultimately did not partake in the ban, but instead implemented their own single-use plastic bag ban that is set to begin on September 1, 2014. This ban will also levy a 10-cent fee on paper bags. 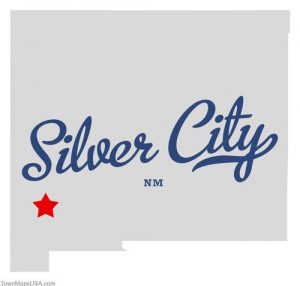 After an emotional vote the Silver City Town Council banned disposable plastic bags in this New Mexico town of about 10,000 people. Beginning January 1, 2015 plastic bags that are less than 2.25 mils thick will no longer be allowed. The ban is intended to reduce the amount of trash and the negative environmental impact plastic bags cause. Silver City is the second New Mexico city to pass a bag ban. Santa Fe struggled with and eventually passed a disposable plastic bag ban that went into action in March of 2014.

In May of 2013 a Baton Rouge lawmaker, Rep. Regina Barrow, pulled the plug on a proposed law that would have levied a 5-cent fee on single-use plastic bags. While Barrow believes in and supports the measure she felt the issue would not pass and rather than set the fee up for failure she decided to take the issue off the table in order to give it a chance at a later time. There has been no further activity in Baton Rouge regarding a possible bag tax or a ban, but there is hope that the conversation will get a jump start sometime soon.

In an overwhelming 36-10 vote the aldermen of Chicago banned disposable plastic bags. The law will prohibit chain and franchise restaurants that operate within the city from distributing single-use plastic bags.

For the purpose of this ban chain retailers are defined as stores with three or more locations owned by the same individual, or stores more than 10,000 sq. ft. Large retailers need to observe the ban starting August 2015, while smaller retailers have until August 2016. Stores that do not comply with the ban will face fines ranging from $300 to $500.

It is estimated $3.7 million plastic bags are used daily in Chicago and 3-5 percent of these bags become litter, so banning disposable plastic bags should have a hugely positive impact on litter and the waste stream in Chicago.

The Momentum on Bag Bans in the U.S. Is Gaining Speed

There is so much single-use plastic bag ban activity in California that it can be hard to track down updates in other states, but as you just read, there are in fact cities located outside of California that are working to reduce the environmental impact of disposable plastic bags.

To learn more about bag bans in the U.S. (and the world!) check out our bag ban map, and let us know if you notice any bans that are missing.