Colorado Town to Vote on How to Handle Plastic Bags 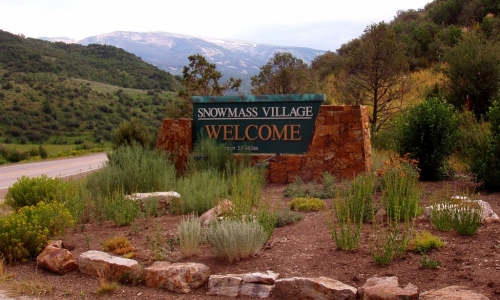 This November when the residents of Snowmass Village in Colorado take to the ballots they will also be polled as to whether they feel the town should regulate disposable plastic shopping bags in an effort to encourage the use of reusable bags for groceries and shopping. The Town Council recently voted 3-1 to put the advisory question on the ballot to get a feel for what the residents want. Mayor Bill Boineau and Councilwoman Markey Butler have heard from residents both for and against the idea of a ban, so in order to determine what the people want and to decide how they should precede they decided to let the residents weigh in and make that call. Snowmass Village is a small community of roughly 2,826 people which is located about 10 miles east of Aspen. This tight knit town is known for their skiing and snowboarding.

When the question for the ballot is drafted the language will specifically be left open – residents will be asked if they want the town to regulate plastic bags. Due to time constraints the town council decided this was the best course of action. Town staff will draft the ballot question prior to the next town meeting on August 20. The question has to be finalized and ready to go by September 7, the filing date to get issues on the ballot. Councilman Jason Haber explained that there is not enough time to draft an ordinance, so in order to address the issue asking the town about regulating plastic bags is a start. Town Manager Russ Forrest went on to explain that since a full and proper ordinance will not be ready in time the town could pursue bans similar to those enacted in nearby Aspen and Carbondale. The ban that fits these nearby communities may end up working out and being a great fit for Snowmass Village, but it may not be the best solution for this town. Taking the time to have the people vote and draft an ordinance that meets the town’s needs will ultimately be the most successful course of action.

It is also relevant to note that Carbondale did in fact pass legislation that banned single use plastic bags and levied a 20-cent fee on paper bags back in October. The residents of Carbondale are not taking to the ban and have petitioned to take a vote on the matter. Nearby Basalt also implemented a ban and after petitioning to take a public vote on the policies the folks of Basalt repealed the plastic bag ban. Getting this issue in front of the voters now will ensure the residents of Snowmass Village will have a law that they believe in and support. Repealing legislation is time consuming and costly, so getting it right the first time is pivotal.

Since the question put in front of voters will be open there are several possible outcomes once the votes are tallied. If the vote comes back in support of regulating plastic bags the town council will have to decide if they want to ban plastic bags altogether or if they would like to charge a fee for each plastic bag shoppers pick up at the checkout. If a bag fee becomes a reality the town council also will need to decide how money raised by a fee will be used. From there the town will also have to decide the fate of paper bags. At this point there has been no discussion open to the public about what a possible ordinance would look like. The town council is playing their cards close until after the election.

Councilman John Wilkinson is not a fan of the open phrasing of the question. He believes the proposed ordinance should appear on the ballot exactly as the law would stand so people know what they are voting for. People may be for a ban, but against a fee so under the open phrasing they may inadvertently vote for something they do not support. Wilkinson makes a point and it would be great if the final draft of the ordinance could be ready in time so the people of Snowmass Village could vote on the actual law, but that is just not a possibility. Since this November’s election is also a presidential election there is bound to be a large turnout and an opportunity like this only comes around every four years. To pass on the chance to have the town vote would be foolish.

Giving the People What They Want

This is a great way to accurately gauge people’s interest in a ban – and people’s opposition. Usually people speak up if they are very passionate about an issue. When people are strongly opposed to legislation they will fight against something they do not want to happen and when people whole heartily support an issue they will be vocal and make sure their voices are heard in an effort to get others behind the cause. The people in the middle of these extremes are seldom heard. They may sign a petition if one is presented, but they probably will not go out of their way to voice their opinion and show support, regardless of their opinions on the issue. Since elections are a big deal (especially the election this November) there is sure to be a huge turnout and when the results are tallied the town council will have a fair and impartial look at what the residents of Snowmass Village think on the issue.

Having a public vote is a fantastic way to involve the town and create a law that fits the community. Elected officials are tasked to act in the best interest of the people they represent, but directly polling the people leaves no doubt as to what they want. Hopefully Snowmass Village’s future will involve reusable shopping bags, but no matter what, it will be the future the town wants.

Go to http://www.aspendailynews.com/section/home/154251 and http://www.aspentimes.com/news/carbondale-board-bans-the-bag/ to read more about the upcoming election in Snowmass Village, Colorado.