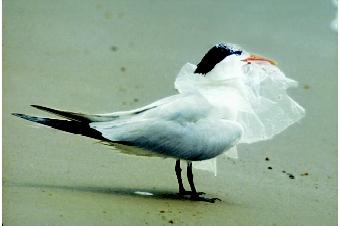 In some regards southern California is on the right track when it comes to caring for the environment and reducing the amount of plastic shopping bags used within the area. Several towns and cities have either outright banned plastic shopping bags or are mulling the idea over. Evan Lewis, of La Jolla, feels these changes cannot come soon enough. This enterprising 11 year old is researching the cause, speaking at city council meetings, writing articles and doing everything he can to make plastic shopping bags a distant memory.

Change typically starts at home, and the Lewis family is proof positive of this fact. What is interesting is that Evan’s family was not passionate and actively working to save the environment prior to Evan taking on the role of activist – Evan is the driving force in the Lewis household to reduce the family’s carbon footprint and he is the one to introduce sustainable practices. After internalizing all of the information he learned from his research Evan got his family to stop purchasing plastic bottled water. Now the Lewis clan stays hydrated with Eco-friendly reusable water bottles. After making that change Evan convinced his family to ditch disposable plastic shopping bags in favor of reusable shopping bags. Now that his family has made the switch to sustainable products there is no looking back. Making these changes can be a little rocky at first, but over time a habit forms and using reusable items becomes the norm.

Evan understands firsthand that people need to see facts to prompt them to make lifestyle changes. “I saw these shocking facts like how (plastic bags) take over 400 years to biodegrade and that we only recycle one percent of them,” said Lewis. “It kind of encouraged me to do something.” The facts surrounding plastic bags can be alarming and by simply picking up some more eco-friendly reusable shopping bags people can have a serious impact. Facts are a vital part of any argument and in the case of plastic bags these staggering tidbits explain the devastating toll non-biodegradable plastics take on the environment. Sometimes facts can be hidden – information may just not be common knowledge, or maybe there is a group who does not want certain information to be made public. Plastic bag manufacturers are notorious for launching campaigns against plastic bag bans and they try to persuade people that plastic bags are really not so bad. Luckily people like Evan come along and they challenge those opposed to banning plastic bags and they inform people who are not as knowledgeable on the topic of plastics to help them understand the issue. Evan Lewis is brave to stand up and promote a cause he believes in. What is even more remarkable is that he is willing to take such a public stand at such a young age. Evan still makes time for soccer and acts his age, but his dedication and passion for environmental issues is a big part of his life.

Evan is an active member in Kids Eco Club, a San Diego-based nonprofit that works to educate and involve children in sustainability and environmentalism. This is the group that initially sparked his interest in changing his habits and making the switch to reusable products. He has partnered with the Surfrider Foundation, an organization that started in Malibu, California and works tirelessly to protect our beaches and oceans, he wrote an article for the San Diego Earth Times based on his research and this past spring he spoke at a Solana Beach City Council meeting before they voted to ban plastic bags in most retail locations. Evan has also started an online petition asking San Diego Mayor Jerry Sanders, every City Council member and each mayoral candidate to work on banning plastic shopping bags in San Diego. This is a tall order, but Evan is up for the challenge. He is racking up an impressive resume and is quickly becoming an authority on sustainability and the impact of plastics on the environment.

Evan most certainly has a bright future ahead of him and while he does not know what he wants to pursue for the long term, right now he is content to make the area he calls home a cleaner place that is safer for animals and free from the mess that plastic bags cause.

To read more about Evan head over to https://www.sandiegouniontribune.com/opinion/letters-to-the-editor/sdut-community-dialog-north-county-2012jul11-story.html.