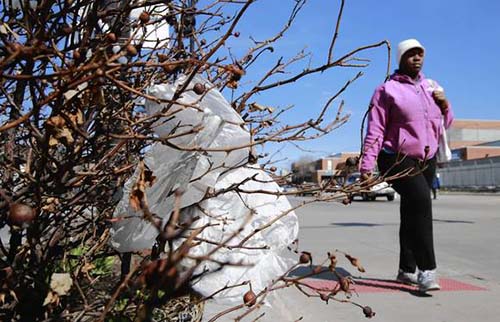 Looking for Marketing Opportunities for Your Business?

There are always lots of exciting new developments in the plastic bag ban movement and each one brings opportunities to market your brand, business or retail outlet. We love bringing you the most recent updates because if you are doing business in any of these locations, this is the perfect time for a perfect marketing opportunity.

In this latest installment of our bag ban update, we have lots of new disposable bag bans and fees going into effect. We also have a couple instances of cities working to fine-tune their existing laws that you should be aware of.

There is certainly not a one-size-fits all approach to bag laws. A law that works for one city oftentimes will not work for another city, but as Chicago and Boulder are learning the laws they initially passed have had some unintended consequences or just no longer work as effectively. Keep reading to learn more.

The U.S. Virgin Islands decided something had to be done to reduce litter and protect wildlife, so starting on January 1, 2017 disposable plastic bags will be banned throughout the territory. Reusable and recyclable bags will be allowed.

Single-use plastic bags will be prohibited in San Juan County starting May 1, 2017. Many retailers in this collection of islands in Washington have already stopped handing out single-use plastic bags. The ban will create consistency, and further the collective efforts to prevent trash from floating out to sea.

In Ellensburg there has been a lot of support for a law to impose a 5-cent fee on disposable plastic bags. The ban is intended to address the issues of waste and trash, and while it is understood that a fee will not completely solve these problems, it is considered to help reduce waste and trash. If approved the fee could go into action as early as January 1, 2018.

Chicago Considering Changing the Details of Their Ban

On August 1, 2015 disposable plastic bags were banned in Chicago. To date this measure has proven effective at reducing single-use plastic bag litter. The fine print of the law allows plastic bags that are over 2.25 mil thick. The idea was these thicker bags could and would be used several times. That isn’t how things are playing out in Chicago.

More shoppers than ever before are bringing their own reusable bags, but many are now simply using the thicker plastic bags in the same capacity they were previously using the thinner bags which are now banned.

The thicker bags pose all of the same environmental risks as the thinner bags, so to address this problem Ald. Proco “Joe” Moreno who initially sponsored the ban has a new proposal to add a 7-cent fee on the thicker plastic bags and paper bags.

The City of Chicago would keep most of the fee, and retailers would keep the balance of what is collected.

Boulder recently found themselves in a somewhat similar situation as Chicago. Beginning in July 2013 a 10-cent fee was levied on disposable plastic and paper bags in stores throughout the city. The fee has been successful, and use of disposable bags decreased significantly…initially.

The fee is no longer proving effective, and there are still shoppers who opt to pay the 10-cent fee. In order to further discourage  disposable bag use city officials are thinking about increasing the fee to 20-cents per bag.

Bag Bans Bring Great News for Marketing Your Business In These Areas!

We are so happy for the U.S. Virgin Islands, San Juan County and Ellensburg. We’re also happy to see Chicago and Boulder work on solutions to make their laws as effective as possible.

If you are doing business in the U.S. Virgin Islands, Washington State, Chicago or Boulder, we can help you create a much needed, custom reusable bag to market your brand for years to come, while making an impact on the plastic pollution problem.