What’s Up with Bag Bans in The United States? 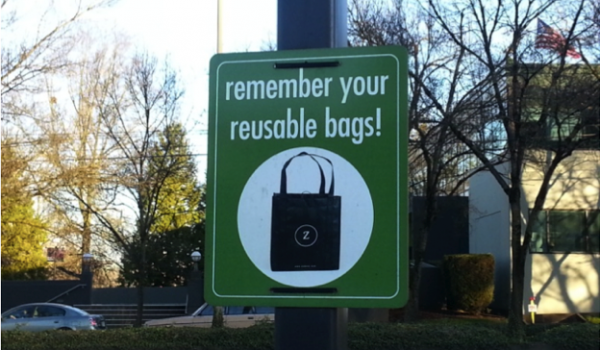 February Bag Ban Updates From Around The Country

The disposable bag ban landscape in the United States is always changing, and we love following the journey from idea to implementation and bringing these great, inspiring stories to you. From coast to coast here’s a rundown of what’s new on the plastic bag ban front.

Beginning January 9, 2015 large grocery, drug and convenience stores in Belvedere can no longer distribute single-use plastic bags; a 10-cent fee is levied on paper and reusable bags. The bag ban will roll out to all other stores in July 2015.

Connecticut Gearing Up for Statewide Ban

Supporters of a single-use plastic bag ban proposal in Connecticut have decided now is the time to make this ban a reality. Bridgeport state Rep. John Hennessy has gone on the record stating that he thinks this measure could pass this year. There are groups opposed the measure, but officials are open and receptive to discussion on the topic, so it is feasible change is in the future in Connecticut.

Changes Made to Northampton Proposal A proposal submitted by City Council Vice President Jesse M. Adams and co-sponsored by Ward 2 City Councilor Paul D. Spector, in Northampton, Massachusetts this past September called for a ban of single-use plastic bags and Styrofoam containers and cups. While there was a lot support for the bag ban portion, the Styrofoam aspects where not as popular.

Unfortunately, officials made the decision to drop the Styrofoam portion of the ban and at this point, the proposal only calls to ban disposable plastic bags. The measure needs to go to the City Council for a vote. If the measure is passed the ban will become effective in late 2016.

A bag ban, sponsored by Alderwomen Alison Leary and Emily Norton was unanimously passed by the Newton Board of Aldermen. The ban will go into effect starting in July 2015. “It is particularly important for a community such as Newton to take this step, as we are viewed as a leader within Massachusetts,” said Norton. “I hope and indeed expect that this will begin a domino effect that ideally will end with a statewide ban on these convenient yet viciously destructive bags.”

Rhode Island Rep. Gregg Amore has introduced a bill that would ban single-use plastic bags. If approved the ban would become effective January 1, 2016 for large retail stores and all remaining stores would have to comply by January 1, 2017. In recent years similar measures have failed in Rhode Island, but concern over pollution is what continues to push supporters to work on making a bag ban happen.

Bag Ban Likely to Be Overturned in Huntington Beach

Huntington Beach was one of the early adopters of a disposable plastic bag ban in California. The initial ban put into place prohibited the distribution of single-use plastic bags, and also levied a 10-cent fee on paper bags.

In 2014 an amendment to reduce the paper bag fee to 5 cents failed to pass. In January 2015 the City Council voted 6-1 in favor of directing city staff to repeal the ban altogether. At this point the ban is still on the books, but it is looking like Huntington Beach may soon have the distinction of being the first city to overturn their bag ban.

The California statewide ban is essentially on hold; the issue is likely to be on the November 2016 ballot. If the statewide ban is passed that would cover Huntington Beach in the event they overturn their ban.

There has been a substantial shift east in terms of disposable bag ban proposals and we are thrilled to see the cause taken up in new areas. We’ll keep an eye on things and let you know as progress is made, but in the meantime check out our bag ban map to learn more about the stories behind the bag bans and even failed bag bans.

Do you know of bans that are not on our map? Let us know in the comments!