What Are Current Recycling Numbers for Single Use Plastic Bags? You Might Be Surprised 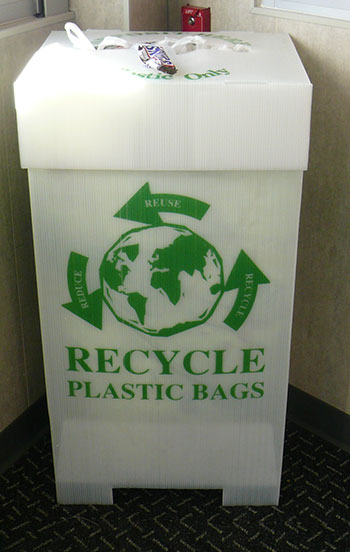 Largely due to increased outreach and education programs, recycling numbers for single use plastic bags are minuscule but thankfully they are on the rise. However, there is still a long way to go and an awful lot of work to be done to get these numbers to a point where they will actually make a dent in the single use plastic bags that wreak havoc on our planet and food chain.

Slow and Steady Climb of Recycling Rates But Is It a Solution?

Single-use plastic bags are difficult to recycle for a variety of reasons. Due to the lightweight construction you cannot simply toss these bags in a curbside recycling bin, because the wind would pick them up and carry them off and contribute to the litter problem. For this reason disposable plastic bags typically have to be brought to a recycling facility or dropped off at a specific location – many grocery stores have bins to accept single-use plastic bags for recycling. While some municipalities and stores make this information very clear to shoppers, such is not always the case.

To further complicate matters when it comes to recycling disposable plastic bags is that only specific recycling facilities can accommodate single-use plastic bags. The process is trying at best, because the bags have a tendency to get stuck in the machinery and the process routinely has to be shut down to clear blockages.

There are a lot of problems and issues with the process of recycling disposable plastic bags, but just because something is hard does not mean it is not worthwhile. There is a value to recycling single-use plastic bags that are already in circulation.

We Can Turn Things Around and Increase Recycling Rates

Recycling is the best method of dealing with the disposable plastic bags that are already in circulation. Plastic bags cause so much environmental harm and ending up as litter or in a landfill are dangerous to our shared planet and just plain irresponsible.

Animals can easily mistake plastic bags for food and ingest or become tangled in the bags and since plastic is not biodegradable if disposable bags end up in a landfill they are there for good. Any increase in the recycling rate is essentially a success, but we can do better. A mere 12 percent leaves a lot of room for improvement and we urge you to do your part and recycle any single-use plastic bags you have, and encourage your friends and family to do the same. If everyone pitched in and did their part we could cause the recycling rate to skyrocket but if everyone went with a reusable bag option, the problem would be solved.