On April 13, 2015 Arizona Governor Doug Ducey signed Senate Bill 1241. This bill makes it illegal for any town, city or county in Arizona to ban or levy fees on disposable plastic bags. Bisbee is the only city in Arizona to have a law banning single-use plastic bags and Senate Bill 1241 will not impact this existing law. The bill came about because certain trade groups did not want to be inconvenienced by single-use plastic bag bans.

A Cost for Businesses And Confused Citizens?

Those in favor of the ban claim that individual laws in different cities and counties end up costing businesses more money and cause confusion for customers. It is worth noting that the organizations that supported the bill, were mostly trade groups, such as the Arizona Retailers Association and Arizona Food Marketing Alliance.

Disposable plastic bags are an expense and stores pass this cost along to their customers. In the long term, a ban could give stores a reason to lower their prices since their operating costs will go down or they could realize more profit.

Bag bans do impact stores in a potentially negative way in the short term. Stores need to research acceptable bags to distribute or sell and they would need to train their staff around the ordinance. This is additional work, but once a community and employees are familiar with the law this argument is no longer valid.

Unfortunately, many businesses feel it is better to keep things the way they are instead of addressing the environmental and possible health problems for humans caused by disposable plastic bags. In defense of retailers they are often on the front line of explaining the bag ban to the public and enforcing the ordinance, and this can certainly be difficult and trying. Ultimately, a law eliminating disposable plastic bags would impact stores because they would have to be responsible for their actions.

Change of Plans in Tempe 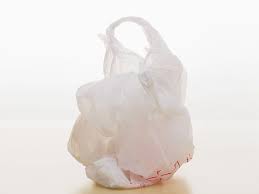 A bag ban was under consideration in Tempe, but due to the new law, a ban is no longer a possibility. Officials in Tempe are taking a new approach to reducing single-use plastic bags. The idea is to target bags at the point of distribution and work with stores to figure out cost effective measures to reduce single-use plastic bags and the resulting litter.

This is really a good idea and has the potential to evolve organically into a solution that works for businesses and restaurants and benefits the planet. As council member Lauren Kuby explains, “We spend $200,000 a year because of the pollution of single-use plastic bags. That’s a hefty sum we’d like to have in our general fund so we can put it into parks and other taxpayer long-form items.” Oftentimes there is a backlash against single-use plastic bag bans because businesses or residents view them as taking something away. By publically identifying the issues and working to create solutions Tempe is likely to create a sustainable plan of action that fits the community.

It is unfortunate to see businesses control issues that present a conflict of interest. The groups that worked to get Arizona Senate Bill 1241 in front of the governor were motivated by their bottom line and did not consider the long-term impact of plastic pollution. The purpose of running a business is to turn a profit, but to run a successful business leaders need to also consider their impact on the communities they operate in. We’re hopeful Tempe is on a good path and will work to eliminate disposable plastic bags in a manner that fits within the laws in place; we also hope other cities and counties in Arizona will be able to follow Tempe’s lead.