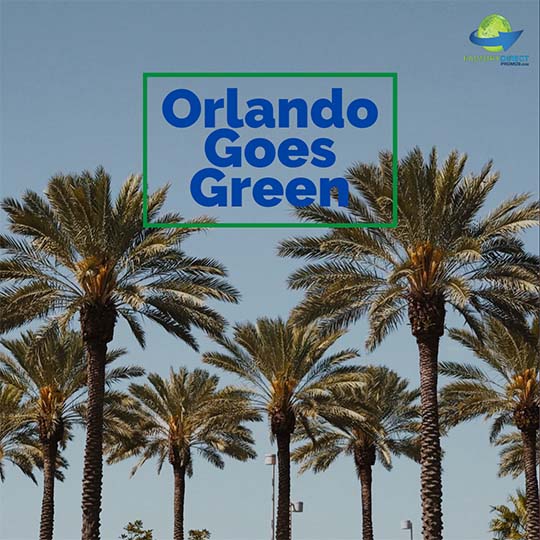 City Takes a Stance on Plastic in Public Spaces

Orlando, Florida took a serious stance on plastic recently. The City Commissioners approved a law that calls to ban a variety of single-use plastic and polystyrene items at venues and parks in the city. We are excited to add them to the plastic bag ban map and learn more about what motivated this decision and what this means for the people of Orlando.

The plastic ban was unanimously approved by the Orlando City Council in early June and will go into action on October 1, 2019. The law prohibits the distribution of single-use plastic bags, straws, and utensils at city-owned parks and venues. The law also bans polystyrene, more commonly known as Styrofoam, products like cups and coolers. These particular items were banned due to their negative environmental impact.

The plastic ban in Orlando applies to parks and venues owned and operated by the city. This includes venues such as Amway Center, Camping World Stadium and the Dr. Phillips Center for the Performing Arts. Private businesses that operate outside of city-owned venues are not impacted by the law.

Orlando’s ban does not mean people simply need to go without. Vendors are required to provide biodegradable and compostable alternatives instead. These are alternatives that are readily available and can serve the same purpose without any of the negative environmental impacts. The law does make an exception for plastic straws which will be available upon request for individuals with disabilities.

The plastic ban came in response to trash and litter that can be found in and around Orlando. The state of Florida has struggled with plastic trash for many years. Trash has a way of ending up in the water. Since Florida has an expansive coastline and even numerous lakes, this makes the litter problem even more noticeable.

Many grassroots movements want to address the plastic problem and a ban typically seems like the best way to stop the spread of litter. However, making these laws a reality can be challenging in Florida. The state has at different times passed laws making it very challenging or even impossible for cities and counties to pass plastic bans.

Going Green in the Sunshine State

Despite inhospitable state laws, several Florida cities have taken action to ban single-use plastic bags. Orlando’s law is unique in that is bans plastic from publicly owned spaces, but that still achieves the goal which is to reduce trash and litter. “It’s one of those areas that as a city we strive to lead in, so other governments can follow,” explains Orlando Mayor, Buddy Dyer.

At Factory Direct Promos we are serious about sustainability. As a business based in Florida, we are thrilled to see local governments taking action to protect our natural resources. Plastic is bad for the planet. Plastic litter is an eyesore that also poses a serious risk to the vast array of animals that live throughout our great state. Your business can do your part and go green by customizing reusable shopping bags. This is a great way to help your customers use less plastic and help the planet while also promoting your brand. Learn more green news and stay updated on eco specials and other events by signing up for our newsletter located on the right side of this page.