Latest Bag Ban News from Across the United States 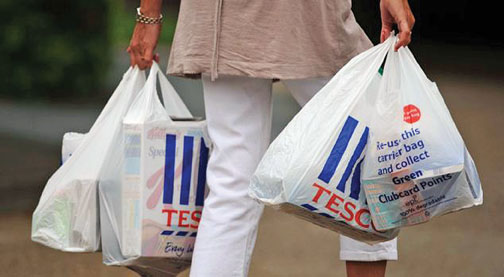 Keeping Up with Bag Bans Across the United States

Keeping up with the ever-changing developments surrounding disposable plastic bag bans is a job we here at Factory Direct Promos love doing. It can be a lot of work but did you know we actually have a bag ban expert, Alison, who has been with us for years keeping track of the developments? Cool huh? We take this bag ban stuff serious around here because it is so great to see cities pull together and make something that they believe in and make it happen. It is also so incredibly inspiring to see neighboring cities and towns follow suit and implement bans of their own. While California still dominates the bag ban coverage, we are super excited to follow up with long overdue developments in Long Island and report on some new happenings in Kansas.

Prairie Village, a Kansas City suburb, is reviewing a proposal to ban or tax single-use plastic bags. This measure is in the very early stages and so far there has been a lot of positive support, but there is a long way to go before this proposal becomes a reality. Right now chairman of a citizens committee studying the issue, Ben Claypool, is looking into the matter.

Sacramento Looking to Play It Safe

The California capitol, Sacramento, considered a single-use plastic bag ban for many years but when officials began seriously pursuing a state-wide ban of disposable plastic bags, officials in Sacramento decided to drop their efforts.

When the governor signed a state-wide single-use plastic bag ban this past September it looked like the folks in Sacramento made the right call – they were going to get their bag ban, but right away opponents began working to get the measure on a ballot. Now the future of the state-wide ban is in question, so Sacramento decided to revisit their city-wide ban, so in the event the state-wide ban is delayed (or doesn’t come to pass) single-use plastic bags will still be banned in Sacramento.

In October 2013 the Santa Barbara City Council passed a law banning disposable plastic bags in a 6-0 vote. The law also levies a 10-cent fee on paper bags. The bag ban became effective for larger stores on May 14, 2014, and just this past November the ban became official for smaller stores. 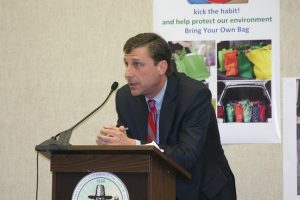 As always we are thrilled to see disposable plastic bag bans cropping up all across the U.S. To learn more head to our bag ban map and make sure to let us know if you know of any cities or towns not on our map.