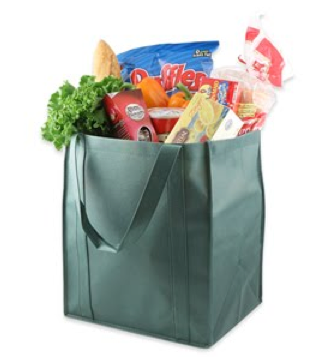 Yay For California on Becoming First State To Pass a Bag Ban…But It’s Not Over Yet!

When Governor Jerry Brown signed SB 270 on September 30, 2014 it was the culmination of a lot of hard work by many, many people and a milestone in the bag ban movement. California has long been the center of disposable plastic bag bans, but this statewide law is the first of its kind and marks a new chapter in the effort to reduce single-use plastic bags and the resulting negative impacts.

“This bill is a step in the right direction — it reduces the torrent of plastic polluting our beaches, parks and even the vast ocean itself,” Brown said in a signing statement. “We’re the first to ban these bags, and we won’t be the last.”

Still, there is opposition led by the plastic bag manufacturers…

If the opposition is not successful in repealing the bag ban law, starting in July 2015 disposable plastic bags will be banned in large retail stores, and the law will extend to smaller stores a year later in July 2016. The law also levies a 10-cent fee on paper bags. This statewide law will apply to areas that did not have a ban on the books as of September 2014; existing bag laws will not be impacted, so cities and counties that already have laws will not be covered by the new statewide ban. 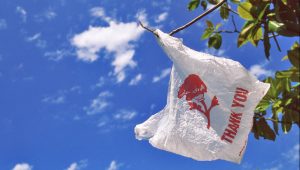 One of the reasons that likely contributed to the passage of SB 270 is the provisions around some contentious issues. Common criticisms of other bag bans and even earlier drafts of this ban focused on how phasing out disposable plastic bags will eliminate manufacturing jobs.

California’s bag ban was amended to include $2 million in loans available to plastic bag manufacturers to help transition their operations to producing reusable grocery bags. This allows California to reduce the negative impact of disposable plastic bags and keep jobs in their state but it is not stopping the current push to repeal the law.

A second common complaint about bag bans and fees is the impact on low income residents. The 10-cent fee can be a big hurdle for some residents and typically reusable bags cost $1 – $5, making complying with the ban difficult for many. Low income residents are exempt from the paper bag fee in California.

Addressing these concerns contributed to the passage and future success of this law and will help serve as a template for other cities and states looking to implement single-use plastic bag bans of their own.

We here at Factory Direct Promos like to track the bag ban movement – you can see the results here. We have learned so much from tracking bag bans, both the successful bans and the not so successful bans. Just by looking at the map it is easy to see patterns.

Oftentimes bans start out as the idea of one person or a small group of people and through persistence, education and outreach these individuals are able to start a movement and create change in their communities. Most disposable bag legislation in the U.S. is located in California, but whenever a town or city passes a ban or implements a fee this idea spreads and before long neighboring municipalities and looking to pass their own laws.

By comparison when looking at the bag ban map in Europe, Asia and Africa it is more common for entire countries to pass law as opposed to individual cities, as is the case in the U.S. Check out our map and let us know what you think! Did you notice any cities with bans missing?

We would like to congratulate the State of California and we promise to keep you updated on the opposition to the law. It is just plain awesome to see this bag ban become a reality and we cannot wait to see which other states are inspired to follow California’s lead.