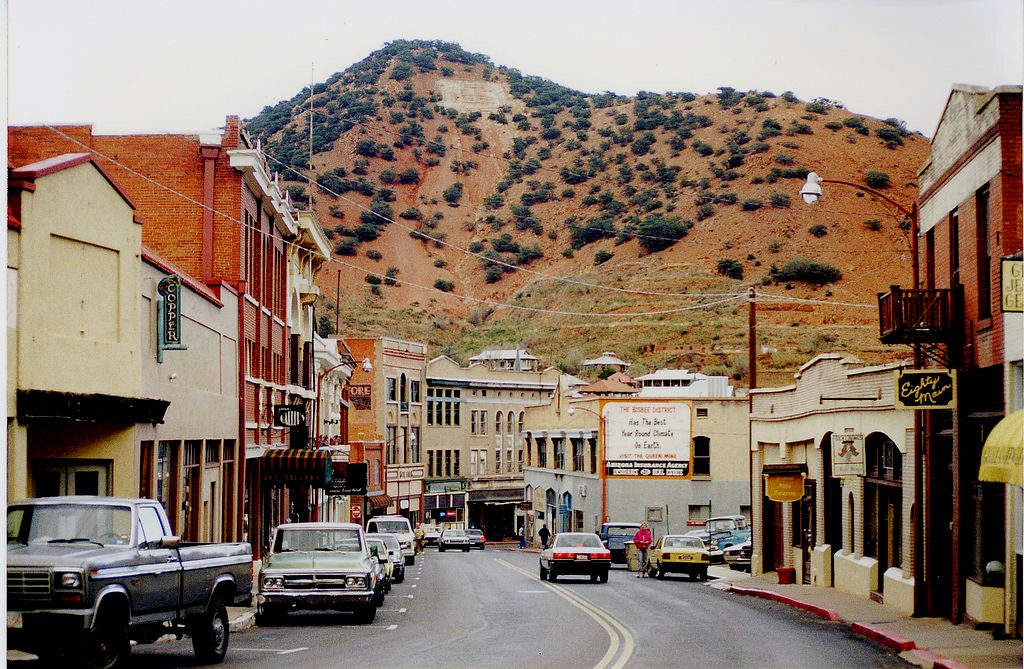 Disposable bag bans come in all shapes and sizes. Different communities have different needs so ultimately it comes down to the local governing bodies to select the best course of action. City council members in Bisbee, Arizona, a city of 6,000 people located in the south-east corner of the state unanimously passed a voluntary ban back in December on single use plastic shopping bags. The ban was structured to be voluntary for six months at which time the city council and city manager would review the success and effectiveness of the ban.

People in Bisbee began to view plastic shopping bags as eyesores that marred the natural beauty of their home. Plastic bags are also known to block storm drains and sewer systems, resulting in a whole slew of problems and hassle. To combat these problems local retailers and the city decided to take a stand and reduce plastic bag consumption. The voluntary ban is just one method employed to reduce plastic. A second key to reducing plastic bag litter is education; steps have been taken to inform children, grocery store staff and the community about the problems caused by plastic bags and how to reduce the amount of plastic they use. The hope is that in turn people will reduce their plastic bag consumption and think about how they dispose of the plastic bags they do use, so there will be less litter and therefore fewer resulting problems.

Information is the Key to Success

The Arizona Food Market Alliance (AFMA) has been a big supporter of these efforts. Reducing the amount of plastic bags has been encouraged and stressed by placing signs in parking lots and supermarkets and collecting plastic bags for recycling. Properly disposing of plastic bags was identified early on as a key to success since while plastic bags are in fact recyclable, few people actually do so due to confusion and miscommunication around how and where to recycle plastic bags. The AFMA has been instrumental in the creation of “Bag Central Stations,” which are simply bins set up for shoppers to deposit used plastic shopping bags for recycling. The AFMA also sponsored a three week contest at a local elementary school where kindergarten through fifth grader students collected plastic bags for recycling. In total 252 pounds of plastic was collected or rather 17,000 plastic shopping bags. This contest was a great way to show children how much plastic they use and illustrates how plastic can really add up – 17,000 plastic bags in three weeks is an astounding figure to wrap your mind around. These efforts are constructive and create food for thought. By giving people facts, figures and solutions they can come to terms with the problem and decide in what capacity they want to be part of the solution.

After six months of the voluntary ban there were a couple of ways things could play out for Bisbee. The city council could decide to extend the ban for another six months so nothing would change, or if the voluntary effort was deemed not effective enough the city manager could mandate retail and convenience stores that make at least $1 million in revenue a year would have to charge a 5 cent fee on each and every disposable plastic bag handed out. A second phase would extend the plastic bag fee model to all retail stores that bring in at least $250,000 a year, and lastly in a third phase the ban would finally reach all retail stores, including small businesses. The fee is intended to discourage plastic bag use since shoppers would have to pay to use disposable bags and encourage reusable grocery bag use. Failure to comply with the fee structure once it is put into place can incur fines in the vicinity of $100 to $500.

Tallying the Results and Determining Next Steps

Six months later after the numbers were crunched and the results evaluated the city council decided to extend the voluntary ban for another six months. After the completion of this second go around in January 2013 the Bisbee city council and city manager will evaluate the situation again and decide how they should proceed. This is both good news and bad news. It is great to see that the residents of Bisbee were able to reduce the amount of plastic bags they used since the city manager did not need to take what they deemed to be a drastic step and place a fee on disposable shopping bags. Although at the same time this decision is disheartening since plastic shopping bags essentially received a stay of execution and are still allowed to be used at least for another six months.

So far there has yet to be a quick and easy, fool-proof method for passing a disposable bag ban, so the concept of a trial run seems like it could be a good idea. It is common practice to test drive a car before making a purchase and athletes practice before games so taking six months to try out a disposable bag ban is not too farfetched and kind of starts to make sense upon further thought. A potential pitfall is that the success of a bag ban hinges on people remembering and developing the habit of bringing their own reusable shopping bags when they hit up the store, and six months may not be enough time for some people to establish this habit. In which case people may have a negative reaction to the ban since they may feel they are always forgetting their bags when if they had a little more time they may have created a habit and sung a completely different tune. This trail ban also places no incentives to stop using plastic bags. When shoppers are charged a fee, even a nominal fee, they stop and think about this expense and whether or not it is worth it.

Reusable Shopping Bags to the Rescue

The best way to reduce one’s plastic bag consumption is to stop using plastic bags altogether and start using alternatives such as recycled bags. Bisbee has been focusing a great deal on recycling plastic bags and this is definitely a great approach, but a better approach is to recycle all the plastic bags you currently have, pick up some reusable bags and not look back. As long as plastic bags are given out at stores they will continue to wreak havoc on drainage systems, pose health and safety risks for wildlife and just be a blemish in what is a beautiful part of the country. Outright bans have been known to ruffle some feathers, so it is understandable that the powers that be in Bisbee would want to avoid riling people up and causing a divide amongst the community. Bans also draw the ire of plastic bag manufactures, or more appropriately their lawyers, so it would be extremely desirable to find a way to stop using plastic bags without actually banning them or passing laws that can be challenged. However, a more stepped up approach may be necessary to see the result Bisbee is looking for. This issue just needs a more hardline solution than Bisbee has been putting forth.

It is admirable to see the folks in Bisbee try to reduce their plastic consumption, and educating the public on the harm plastic causes is without any doubt a good decision. Educating the community as a whole is also a really good call. Some programs just focus on children. This is understandable since children will bring their lessons home and spread the ideas and change to their households. Children are also our future so laying the groundwork today means a brighter tomorrow. However, starting a conversation about reducing plastic consumption with the entire community helps get everyone on board. Bisbee has great intentions and they are working towards some completely worthwhile goals, but the voluntary aspect of the ban is potentially holding them back. It will be very interesting to see what happens in January when the city council and city manager reevaluate the situation and decide their next steps.