3 Reasons Why You Should Go Reusable Now 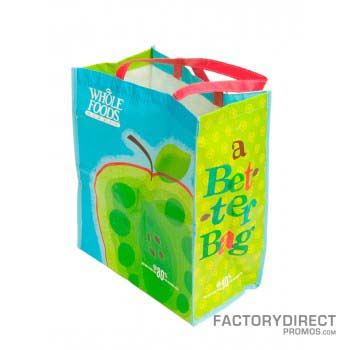 Invest in Reusable Tote Bags to Make a Lasting Difference!

Single-use plastic bags are expensive to produce, starting with the process of making them all the way down to the hidden charges that are worked into the cost of products you are buying. Finally, they take their final form as rubbish that will pollute the earth for up to 1,000 years (and you can check out our infographic that goes into more detail on the life cycle of a plastic bag).

Reusable tote bags, on the other hand, provide a cheap alternative to plastic bags. According to Save The Bay, “Retailers currently embed 2 to 5 cents per plastic bag and 5 to 23 cents per paper bag in the price of goods — adding $30 or more per person annually in hidden costs.”

Three reasons to go reusable are to break the status quo, improve the environment, and to set an example.

Single-use plastic bags have created a problem that demands a response, and it starts with you. Next time you head to the grocery store, think about bringing a reusable bag along with you. Contact us today to learn more.

One thought on “3 Reasons Why You Should Go Reusable Now”